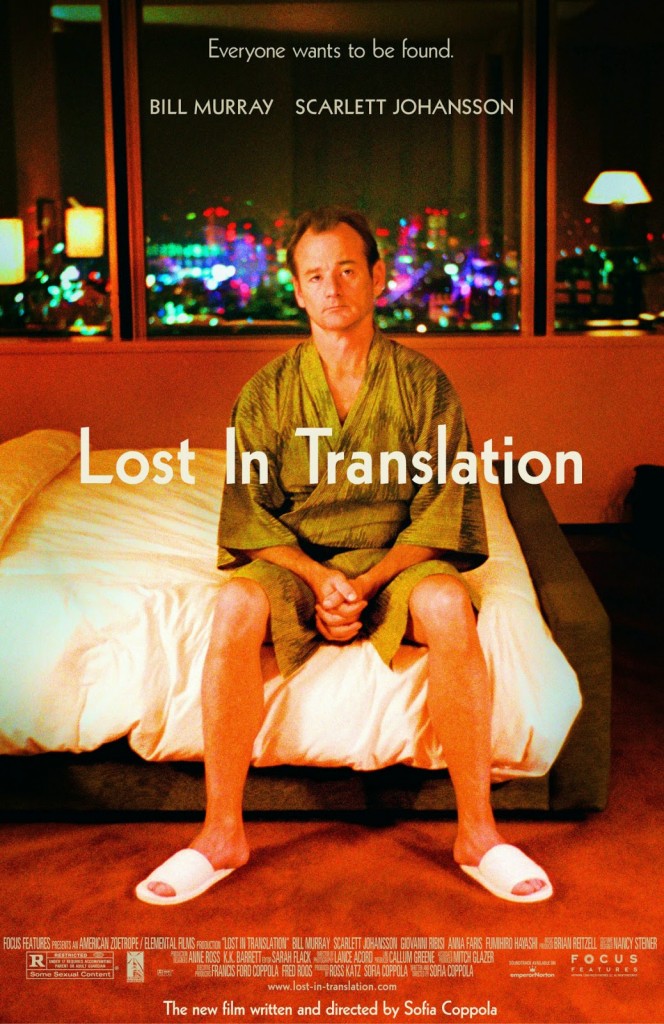 SUMMARY: Two people you don’t really care about wander around their hotel in Japan for way too long.

DETAILS: Sophia Coppola, please give me my 101 minutes back! I haven’t seen a film with so little story in a long time. If you like watching people sing karaoke, ride elevators, and hang out in hotels in Japan with little-to-no character development this could be the film for you. It has to be the most disappointing Bill Murray movie ever made. Bob Harris (Bill Murray) is an aging movie star who is now making whiskey commercials in Tokyo. He meets Charlotte (Scarlett Johansson) a twenty-something two years into her marriage who has no purpose other than to help waste 101 minutes of your life. They meet as residents of the same hotel and proceed to wander aimlessly around Tokyo… but mostly just around the hotel. This film was an extreme let down. I’d heard about it and wanted to see it for a decade. Ugh…