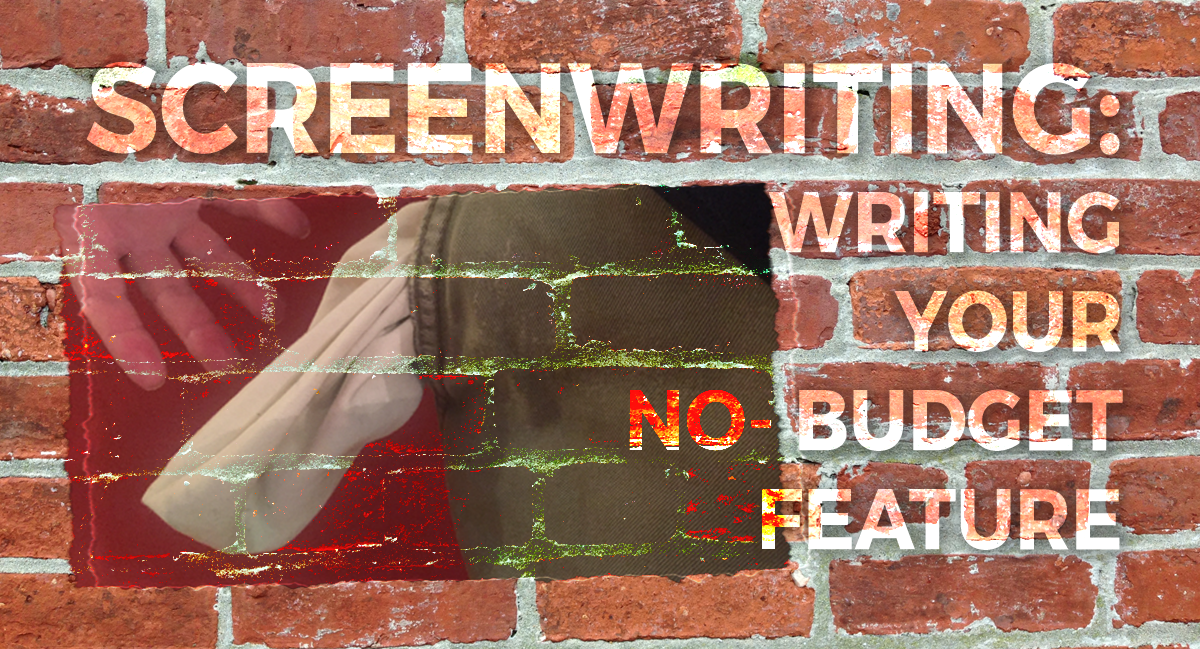 I wrote this article back in 1999, but when I recently re-read it I realized there is a lot of valuable information for no-budget screenwriters to consider. So without further adieu…

Fade In:  The bus flies over the cliff. The airplane misses the runway. The stadium is packed with screaming fans. These are scenes you do not want to find anywhere near the script for your no-budget feature. Why? Because you have no budget and these scenes require money… and often quite a bit of money.

The first screenplay I ever completed was a thrilling adventure of a young U.S. serviceman who had to escape from Russia with top secret documents and, of course, he fell in love along the way. Russian Skies included location shooting in Russia, Norway, and the United States. It also required a high-altitude hydrogen balloon, a submarine, and to top it off, it was a period piece set in 1956.

This screenplay was obviously written for a Hollywood-type and has collected far more dust than I ever thought it would. Over the next few years I continued writing for big, juicy budgets and along the way I discovered something… my screenplays were not getting produced! Yikes! So I decided to do something about it and I set out to produce my own no-budget feature.

When I started writing When Love Walks In (my no-budget project) I was forced to look at things very differently. I knew from the beginning that filming in my living room would cost far less than filming in some foreign country. So I decided on a modern day love story, cast myself as the lead, and begged my wife to let a film crew take over our house.

Writing no-budget films is very different than writing your average Hollywood feature. For starters, with a no-budget project you most likely will be using no-name talent. This means many things, but most importantly it means that you had better have a very good story to tell. It is your story and your story alone which will keep the audience watching. Make it the best it can be.

Your story also must be shootable. What does this mean? It means don’t include a bus careening over a cliff unless you have someone willing to donate a bus, a cliff, and a stunt man to your cause.

Carefully consider the locations you will need. As I got further into my script, I started exploring what locations I might have or realistically be able to get access to. I knew I could use my living room… and my bedroom, guest room, and bathroom… not to mention kitchen, dining room, basement, deck and yard. These locations would not add much production value, but they would be very functional for a good chunk of the film.

My house was the only location I could guarantee use of, and to tell the story of When Love Walks In, I would need two more houses, a park, an outdoor mall, a couple fields, a daycare center, a vineyard, an art gallery, and a train station. For these I would have to rely on the generous people of my community (and a few insane friends). In remarkable fashion, they all came through for me.

Here are several other areas to consider when writing your no-budget feature:

2017 UPDATE: A couple of items of interest… Russian Skies the high-budget screenplay mentioned in this article still has not been produced (which means it’s still available or still collecting dust depending on your take). When Love Walks In wasn’t released until 2005. It won a number of awards at festivals and is still finding audiences today.